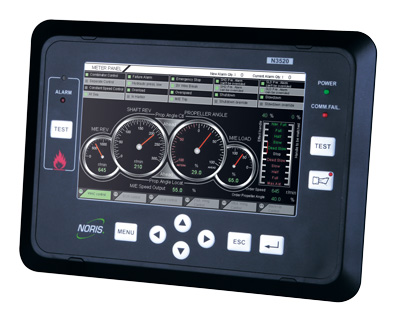 Almost exactly one year ago, NORIS introduced its new alarm, monitoring and control system NORIMOS 3500 on the marine market. Since then, NORIS-SIBO Automation Co. Ltd., the Chinese joint venture company of the NORIS Group, successfully installed the system in numerous projects. The latest project, the 2500M Line RoRo vessel of the Chinese AVIC WEIHAI SHIPYARD CO., LTD, was the most comprehensive one so far. It includes more than 1300 monitoring channels (over 500 hard-wired channels), three PC workstations, dead-man system as well as alarm extension for crew cabins and UPS system. Besides the control function for generators, valves and pumps (sea water, cooling water and bilge), a fuel oil flow meter for measuring and calculating instantaneous flow rate and accumulated fuel consumption and also interfaces to VDR, main engine, propulsion control, power management and level gauging were part of this complex project. 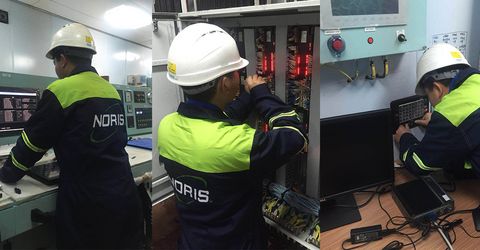 The commissioning started in January 2018 and finished with the successful sea trial at the beginning of April 2018. The shipyard and the Italian ship owner LEVANTINA BULK SRL responded positively and were satisfied with the project progression. “We are proud that the project is now successfully completed and we are pleased that we were able to convince both the shipyard and the ship owner of the great performance of our NORIMOS 3500. This project shows that the NORIMOS is also well suited for the most complex applications on the marine market.“, said Michael Schmidmer, Managing Director of the NORIS Group.