What an honour: NORIS on the oldest seaworthy lightship in the world! Our latest project is historic: With our NORIMOS 3000 alarm and monitoring system, we are on the 134-year-old lightship "Elbe3".

In 1888 she was built as the lightship "Weser" at the Johann Lange shipyard in Vegesack, after the Second World War she was known as "BREMEN". The light vessel has been called Elbe3 since 1977.

Their tasks were varied: warning of shallows and dangers, activities as a pilot transfer station, test ship for radio and navigation procedures. She was also used for weather observations and even as a sea rescue ship.

Since 1979 she has been in the Övelgoenne museum harbor in Hamburg-Neumühlen. But the older lady is far from being allowed to retire - quite the contrary, she has several jobs at the same time: in addition to her tasks as a tourist attraction, floating monument and jewel in the port of Hamburg, she is still available for trips on the Elbe. We are proud to be on board this “nautic” gem and ticking "historic boat trip” off the bucket list. 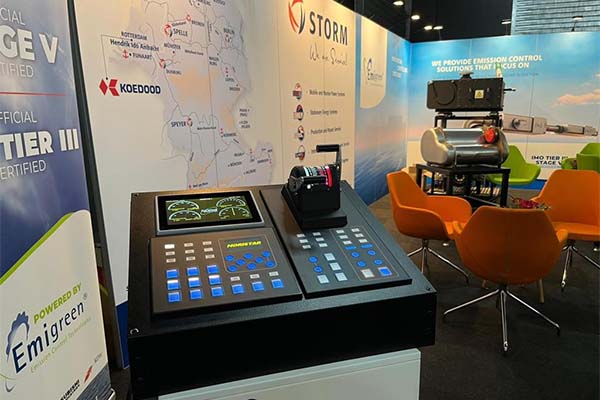 Last week YANMAR as well as August Storm were busy at trade fairs. Our NORISTAR 4 drive lever panel was also there. Our trade fair favorite is always well received by visitors, who doesn't want to miss the chance to feel like a captain?