Last year we decided to donate our Christmas budget to a project called "The Ocean Cleanup". Many of you might remember what it was about or heard about it somewhere else. Nevertheless, we want to give you a short summary.

The ambitious goal of The Ocean Cleanup is to rid the world´s oceans of plastic waste by deploying floating systems on the ocean surface. At the time of our donation last year, the first system was in production and they still carried out several tests. Now, one year later, they managed to launch the first system. Since September 2018, it is floating in the Great Pacific Garbage Patch between California and Hawaii. They are currently working on optimizing the first system. Once it works effectively, more systems will follow soonest possible in order to further the cleaning of the world’s oceans and protection of the marine ecosystem.

We are truly enthusiastic about the project and the success so far. That is why we decided to donate to The Ocean Cleanup this year again. We are proud to be able to contribute a small part and help the team to reach the goal of saving the world‘s oceans as fast as possible.

You will find more information about project and the functioning of the system on their website: 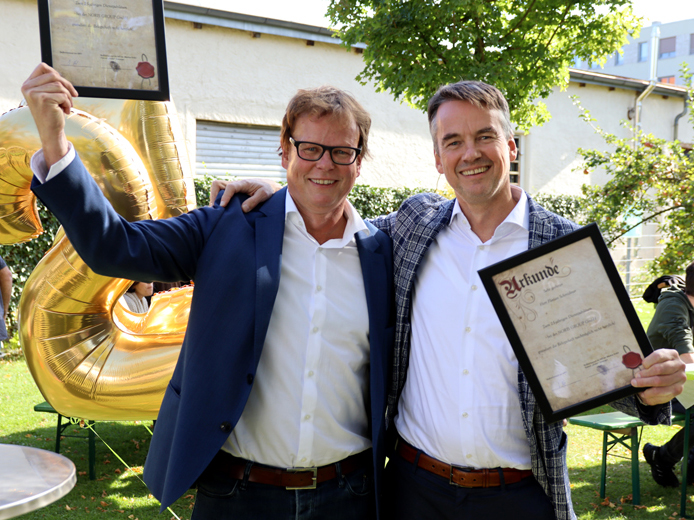 For the 25th anniversary of the two managing directors Michael and Florian Schmidmer, the employees of NORIS came up with something special.