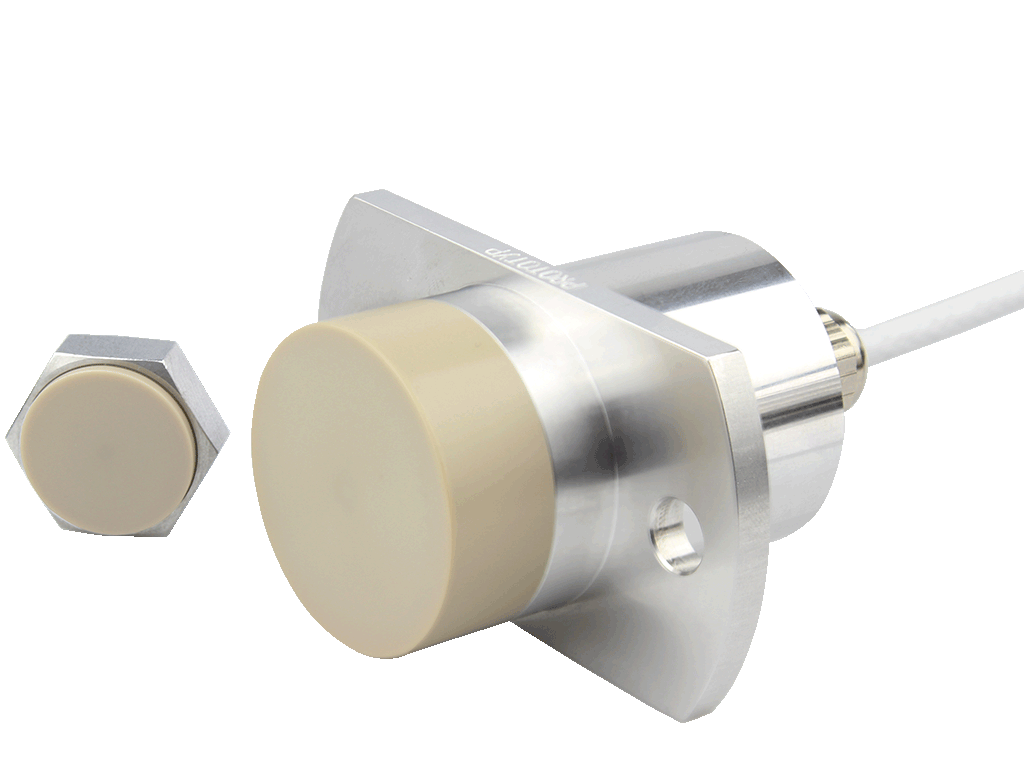 Discover new possibilities with the wireless transmission of measured values

Predictive maintenance needs measured data to the greatest possible precision. On components with moving or rotating parts, the relevant measuring points (e. g. temperature of an electric motor’s rotor or planetary gearbox bearing) sometimes cannot be accessed with wired sensors. Accordingly, the data needed for condition monitoring can be obtained only with complex calculations and estimates. However, precise and reliable measured data are obtained only when a sensor is placed directly on the moving part. For requirements of this kind we have developed the telemetry system NORIFID, a simple, cost effective measuring system that is based on established technologies, supplies wirelessly power by induction to a sensor on a moving part, and transmits the measured data via RFID to a fixed receiver. 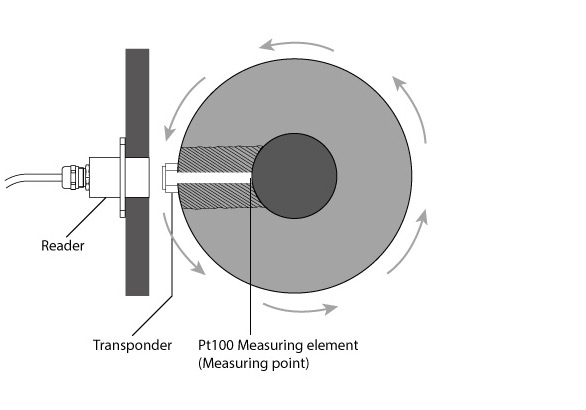 Power and data are transmitted wirelessly by induction, via an RF magnetic field (13.56 MHz RFID). The reader consists basically of a transformer, analysing electronics, and a signal converter and is supplied with voltage from an external source. The transponder likewise is fitted with a transformer, an integrated circuit, and a Pt100 measuring element and is installed on the moving object. It operates passively and therefore does not require its own power supply. The transponder positioned on the rotating object moves cyclically past the reader. When the transponder enters the reader’s range, the reader‘s alternating magnetic field induces a voltage in the transponder’s coil, supplying it with the necessary power. Once the transponder is in the reader‘s active zone, its connected Pt100 measuring element detects the temperature and transmits the measurement value immediately and wirelessly to the reader. Depending on the requirements, the reader then converts and outputs the measuring signals as a voltage or current value. 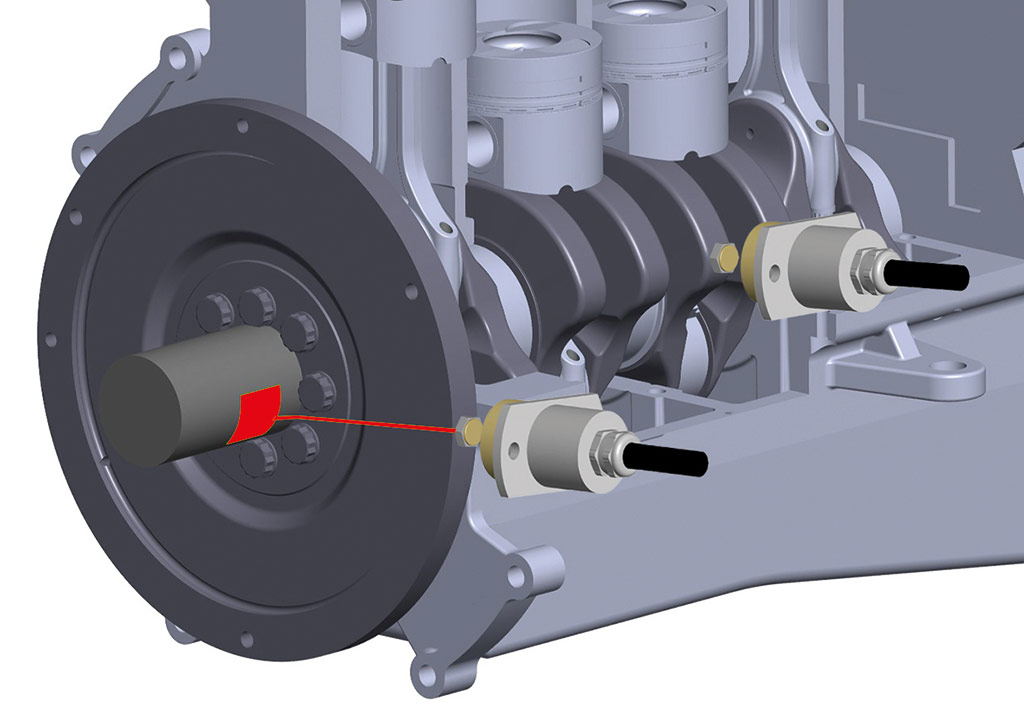 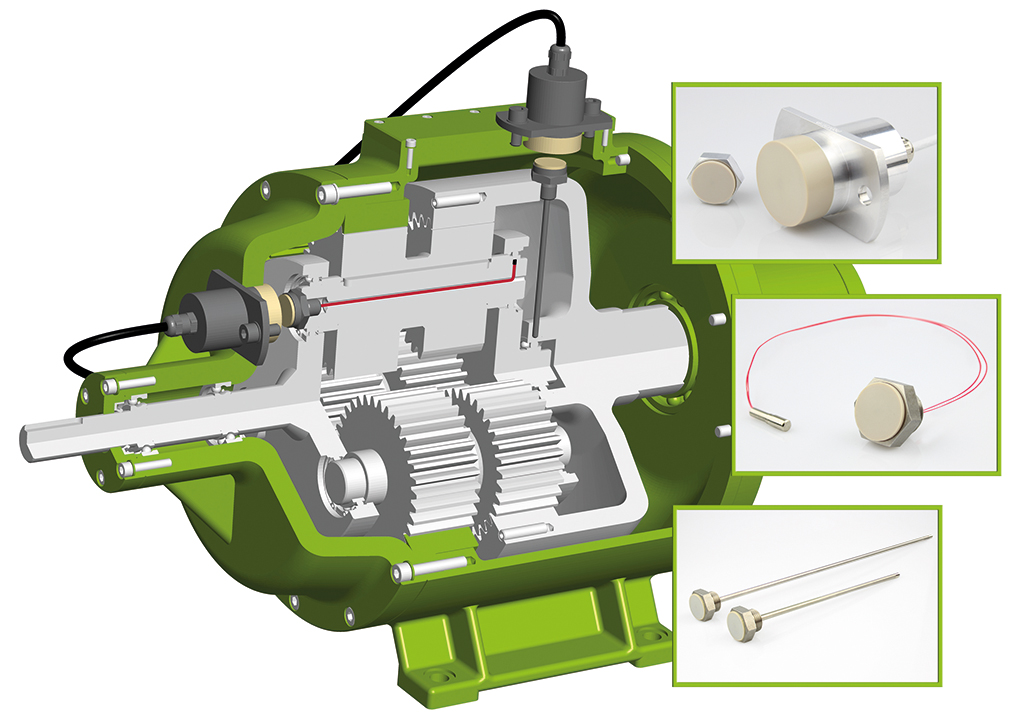